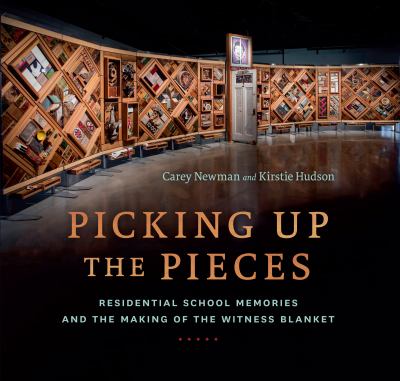 Picking up the pieces : residential school memories and the making of the Witness Blanket

Tells the story of the making of the Witness Blanket, a living work of art. It includes hundreds of items collected from residential schools across Canada, everything from bricks, photos and letters to hockey skates, dolls and braids. Every object tells a story. 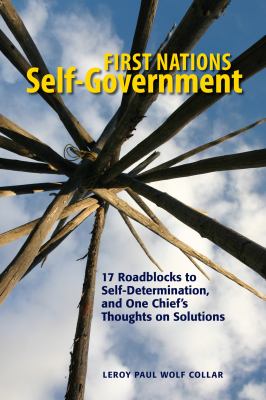 First Nations self-government : 17 roadblocks to self-determination, and one Chief's thoughts on solutions

Indigenous Peoples in Canada are continuing to assert their right to self-determination in this era of reconciliation. While dozens of Indigenous communities have signed varying forms of self-government agreements with the federal government, Indigenous Nations still face many obstacles along the path to true self-determination. Chief Wolf Collar identifies 17 roadblocks that currently hinder Indigenous Nations-- including broken treaty promises, problems with common forms of band administration, and the intrusion of provincial governments--along with potential solutions to overcome them. 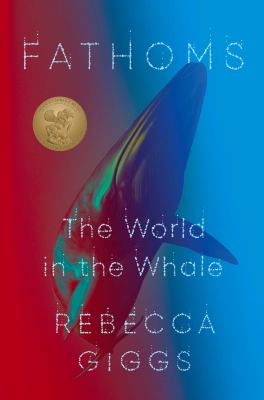 Fathoms : the world in the whale

When Giggs encountered a humpback whale stranded on her local beachfront in Australia, she began to wonder how the lives of whales reflect the condition of our oceans. Here she blends natural history, philosophy, and science to learn about whales so rare they have never been named; whale songs that sweep across hemispheres in annual waves of popularity, and whales that have modified the chemical composition of our planet's atmosphere. She takes readers to Japan to board the ships that hunt whales, and delves into the deepest seas to discover how plastic pollution pervades our earth's undersea environment. 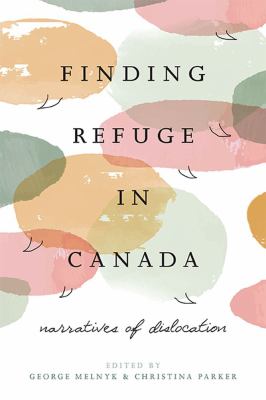 Millions of people are displaced each year by war, persecution, and famine and the global refugee population continues to grow. Canada has often been regarded as a benevolent country, welcoming refugees from around the globe. However, refugees have encountered varying kinds of reception in Canada. Finding Refuge in Canada: Narratives of Dislocation is a collection of personal narratives about the refugee experience in Canada. It includes critical perspectives from authors from diverse backgrounds, including refugees, advocates, front-line workers, private sponsors, and civil servants. The narratives collected here confront dominant public discourse about refugee identities and histories and provide deep insight into the social, political, and cultural challenges and opportunities that refugees experience in Canada. Contributors consider Canada's response to various groups of refugees and how Canadian perspectives on war, conflict, and peace are constructed through the refugee support experience. These individual stories humanize the global refugee crisis and challenge readers to reflect on the transformative potential of more equitable policies and processes. 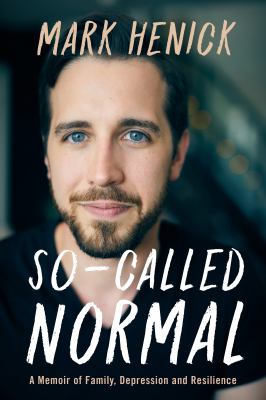 So-called normal : a memoir of family, depression and resilience

When Mark Henick was a teenager in Cape Breton, Nova Scotia, he was overwhelmed by depression and anxiety that led to a series of increasingly dangerous suicide attempts. One night, he climbed onto a bridge over an overpass and stood in the wind, clinging to a girder. This near-death experience changed Henick's life forever. This is a vivid and personal account of the mental health challenges he experienced in childhood and his subsequent journey toward healing and recovery. 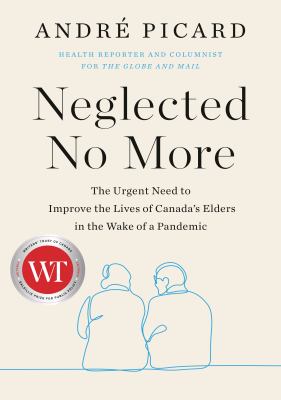 Neglected no more : the urgent need to improve the lives of Canada's elders in the wake of a pandemic

When COVID-19 spread through seniors' residences across Canada, the impact was horrific. Along with widespread illness and a devastating death toll, the situation exposed a decades-old crisis: the shocking systemic neglect towards our elders. André Picard takes a hard look at how we came to embrace mass institutionalization, and lays out what can and must be done to improve the state of care for our elders, a highly vulnerable population with complex needs and little ability to advocate for themselves. 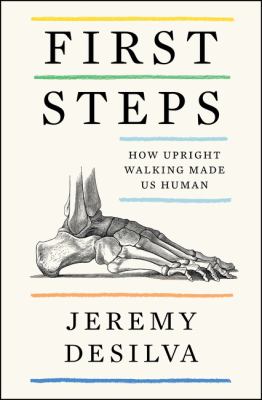 First steps : how upright walking made us human 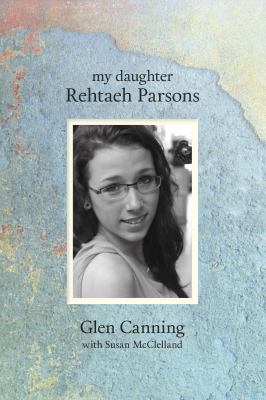 Rehtaeh Parsons was a gifted teenager with boundless curiosity and a love for family, science, and the natural world. But her life was derailed when she went to a friend's house for a sleepover and the two of them dropped by at a neighbour's house, where a group of boys were having a party. The next day, one of the boys circulated a photo on social media: it showed Rehtaeh half naked, with a boy up against her. She had no recollection of what had happened. For 17 months, Rehtaeh was shamed from one school to the next. Bullied by her peers, she was scorned by their parents and her community. No charges were laid by the RCMP. In comfortable, suburban Nova Scotia, Rehtaeh spiralled into depression. Failed by her school, the police, and the mental health system, Rehtaeh attempted suicide on April 4, 2013. She died three days later. But her story didn't die with her. 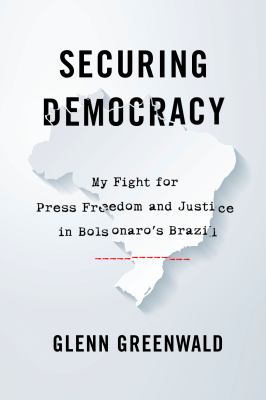 Securing democracy : my fight for press freedom and justice in Bolsonaro's Brazil

New reporting by Greenwald and a team of Brazilian journalists had brought to light stunning information about grave corruption, deceit, and wrongdoing by the most powerful political actors in Brazil, his home since 2005. These stories, based on a massive trove of previously undisclosed telephone calls, audio, and text shared by an anonymous source, came to light only months after the January 2019 inauguration of Brazil's far-right president, Jair Bolsonaro, an ally of U.S. President Donald Trump. The revelations "had an explosive impact on Brazilian politics" (Guardian) and prompted serious rancor, including direct attacks by President Bolsonaro himself, and ultimately an attempt by the government to criminally prosecute Greenwald for his reporting. 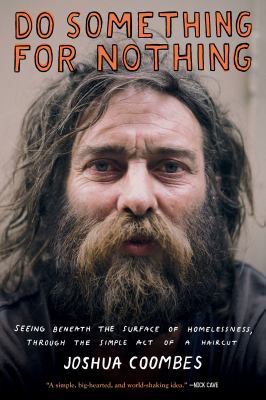 Do something for nothing : seeing beneath the surface of homelessness, through the simple act of a haircut

In 2015, while working at a London hair salon, Joshua Coombes took to the streets with his scissors to build relationships with people sleeping rough in the capital and began posting transformative images on social media to amplify their voices - #DoSomethingForNothing was born. Featuring never-before-seen photographs and all-new writing, this book explores themes of love, acceptance, shame, and perseverance, while inviting us to see ourselves in one another and dissolve the negative stigmas surrounding homelessness. 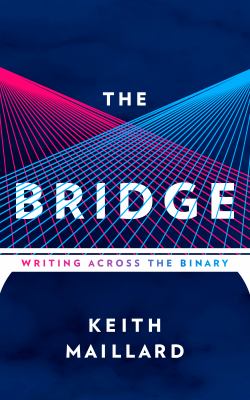 The bridge : writing across the binary

One writer's deeply compelling story of growing up nonbinary in West Virginia the 1940s and 50s -- a time and place where the word "nonbinary" didn't exist. Keith Maillard ties together his experiences with gender and the gender binary with his origins and preoccupations as a writer (now one of Canada's most celebrated writers, with fourteen novels under his belt). A timely, accessible, and wonderfully evocative memoir. 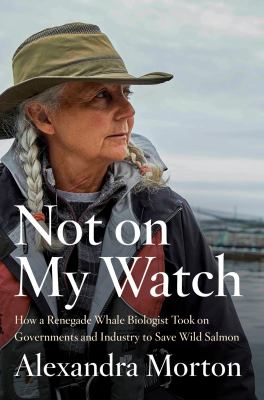 Not on my watch : how a renegade whale biologist took on governments and industry to save wild salmon

Alexandra Morton has been called "the Jane Goodall of Canada" because of her passionate thirty-year fight to save British Columbia's wild salmon. Her account of that fight is both inspiring in its own right and a roadmap of resistance. Alexandra has used her science, many acts of protest, and the legal system in her unrelenting efforts to save wild salmon and ultimately the whales. In this book, she brilliantly calls those humans to account for the sake of us all. 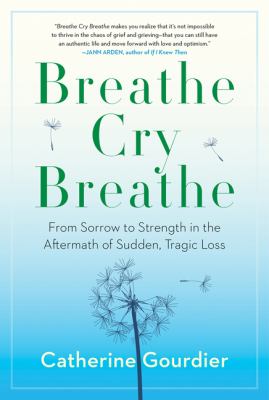 Breathe, cry, breathe : from sorrow to strength in the aftermath of sudden, tragic loss

As Catherine Gourdier's sister and parents are walking home from church, they are hit by a car driven by an elderly woman. Seven weeks later, still reeling from the sudden loss of his wife and daughter, Catherine's father dies suddenly, most likely from a broken heart. Trying to come to terms with her loss, Gourdier seeks alternative healing therapies and throws herself into practical pursuits. This is the story of Gourdier's journey through grief, as she tries to come to terms with the traumatic and sudden loss of three close family members.